Fields Operated By Others

ConocoPhillips has interests in fields operated by co-venturers - fields that are on stream and constitute a considerable part of the company's asset portfolio on the Norwegian continental shelf. Heidrun, Visund, Oseberg, Grane, Troll, Alvheim and Aasta Hansteen are among these fields.

The Heidrun field is located on Haltenbanken, off the coast of 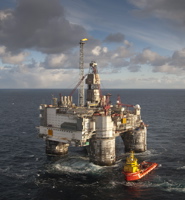 mid-Norway. The oil from the field is primarily  transported by oil tanker to Equinor's Mongstad terminal in Hordaland County. The gas from He​idrun is transported by pipeline to Tjeldbergodden in Møre and Romsdal County, and also via Åsgård Transport to the Kårstø terminal north of Stavanger.

Oil and gas production at the Heidrun field started in 1995. Equinor has been the operator since then.

The field was, however, discovered by Conoco in 1985, and Conoco was the development operator until production start-up, when the operatorship was transferred to Statoil. The field was developed using a concrete tension leg platform at a water depth of 350 meters.

ConocoPhillips' ownership in Heidrun is 24.08 percent.

The Alvheim field is located in the North Sea, approximately 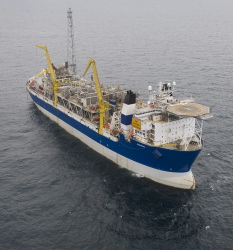 224 kilometers west of Haugesund on the west coast. The field came on stream in 2008.

The field is developed with a production vessel, Alvheim FPSO, and subsea wells. The water depth is 120-130 meters.

The oil from Alvheim is transpo​rted by shuttle tanker, while gas is being exported to St Fergus, UK, through the Scottish Area Gas Evacuation (SAGE) system.

The Alvheim field is operated by Aker BP. ConocPhillips has an ownership interest of 20 percent.

The Visund field is located in the Tampen area. The field came 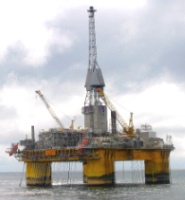 ConocoPhillips has a 9.1 percent share in the field. Equinor is the operator of Visund, which was developed using a floating production facility.

The oil is transported by pipeline to Gullfaks for storage and transportation. In 2005, Visund started producing gas and exporting it to the European continent. 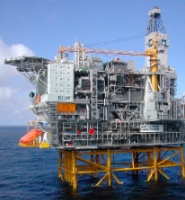 Stavanger in 127 m​eters of water depth. Equinor is the operator of the Grane field. ConocoPhillips has a 6.17 percent interest in this oil field, which is the first field on the Norwegian continental shelf to produce heavy crude oil.

Oseberg and the Satellites

Oseberg is an oil field with an overlying gas cap, located in the 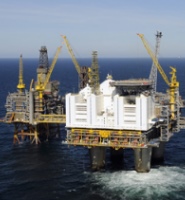 northern part of the North Sea. The water dep​th is about 100 metres.

The field was discovered in 1979 and was developed in several stages. First oil production from the field started in 1988, while gas export from Oseberg commenced in 2000.

The Troll field lies in the northern part of the North Sea, 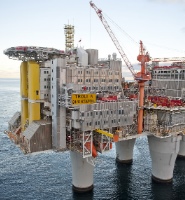 approximately 65 kilometers west of Kollsnes, near Bergen in Hordaland County. Equinor is operator of the field, and ConocoPhillips' interest is 1.62 percent in the Troll Unit.

Troll is the largest gas discovery in the North Sea. The gas from the field is treated at the Kollsnes processing plant. Troll is also one of the largest oil fields on the Norwegian continental shelf. 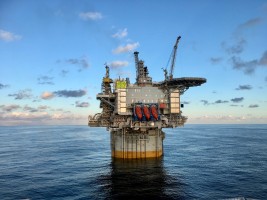 The Aasta Hansteen gas field is located in the Northern part of the Norwegian Sea, 300 kilometers off the coast of Nordland County. The water depth in the area is 1,300 meters. The reservoir contains gas in Cretaceous sandstone at a depth of about 3,000 meters. Aasta Hansteen comprises three separate discoveries; Luva, Haklang and Snefrid South.

The field started production in December 2018. The field was developed with a 339-meter-high Spar platform (a floating installation with a vertical cylindrical hull that is anchored to the seabed with mooring lines) and two subsea templates with eight well slots in all.

Gas from Aasta Hansen is transported through the Polarled pipeline to the Nyhamna terminal in Møre og Romsdal County, while produced condensate is loaded onto tankers and shipped to the market.

ConocoPhillips has an ownership interest of 10 percent in the production license (PL218). Equinor (51 percent, operator), Wintershall (24 percent) and OMV (15 percent) are the other licensees.


Polarled
The 482-kilometer pipeline connects the Aasta Hansteen field to the processing facility at Nyhamna in Møre og Romsdal County. The pipeline is 36 inches in diameter, and its capacity is up to 70 million standard cubic meters of gas per day (MSm3/d).