Through its activities in Norway, ConocoPhillips aims to be a significant contributor to the Norwegian society.

These contributions are primarily the result of responsible, safe and good management of our oil and gas portfolio. We also contribute by supporting culture, sports and youth work, all of which are important building blocks in local communities.

We have a number of partnership agreements within sports, culture and local, regional and national organis​ations.​

Rogaland Theater (Rogaland Teater) is an important and exciting player on Stavanger's cultural scene. Since its inception in 1947, the theater has distinguished itself as one of Norway’s leading theaters. 10-14 productions are presented each year on four different stages, including both modern and classic dramas from Norway and abroad, as well as comedies, musicals and children's theatre.
Rogaland Theater has offered theater as a recreational activity for children and young people since 1957. This is a unique program, in both a Norwegian and Nordic context. Each year, the children’s theater puts on 80-100 performances on Rogaland Theater’s main stage.

ConocoPhillips has been one of Rogaland Theater's main sponsors since 2007. This is our largest single cultural sponsorship agreement in the Stavanger region. 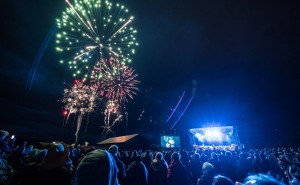 Nordland Music Festival (Nordland Musikkfestuke) in Bodø is one of Norway’s largest music festivals. It has a distinctly classical profile and a broad programme including jazz, contemporary music, folk music, musical theater, dance and pop/rock. In addition to concerts in churches and concert venues around the city, the festival is famous for its spectacular and untraditional outdoor concerts.

ConocoPhillips is one of the main sponsors of Norland musikkfestuke

The Norwegian Opera and Ballet

The Norwegian Opera and Ballet (DNO&B) in Oslo is the country’s largest cultural facility, presenting both opera, ballet and concerts. In 2008, DNO&B moved into their own Opera House, an architectural beacon, which has been a major attraction since it was opened.

Her Majesty Queen Sonja is the Opera’s patron. Since 2010, ConocoPhillips has had a project partner agreement The Norwegian Opera and Ballet.

The North Sea Race (Nordsjørittet) is Norway’s second largest bicycle race with 12,500 participants, and it has established itself as one of the most attractive national races. The spectacular course runs along gravel beach roads, past picturesque lakes, country roads, through natural terrain and forests, from Egersund to Sandnes. The course is 91 kilometers and features challenges both for those racing the clock, and those who are enjoying a lovely – but long – bike ride. The North Sea Race takes place in mid-June each year.

ConocoPhillips is a main sponsoring partner.

Havørn Sports Club (Havørn Idrettslag) is the largest volunteer organisation in Tananger, where ConocoPhillips has its Norwegian headquarters. Our collaboration with Havørn is long-standing, and illustrates how we care about our local communities. Havørn offers activities for both children and adults, and is responsible for activities in many different sports, of which football is the largest. The ConocoPhillips tournament has become an annual tradition on the football scene, gathering around 1400 girls and boys aged 6 to 12 for an inspiring weekend of football in September.

The Norwegian Petroleum Museum (Norsk Oljemuseum) in Stavanger is an architectonic gem with content that both children, young people and adults find appealing. The museum is devoted to interactive and educational exhibits, and provides insight into technological development in the oil sector, and how the petroleum resources impact Norwegian society. The museum has developed its own teaching plan in subjects such as geology, energy, petroleum history and social economics.

ConocoPhillips has partnered with the museum since its opening in 1999. In 2011, we agreed to continue this partnership for ten more years, up to 2021.

The Norwegian Museum of Science and Technology

The Norwegian Museum of Science and Technology (Norsk Teknisk Museum) in Oslo is a national museum for technology, industry, science and medicine. More than half of the visitors each year are children and young people. The museum was founded in 1914.

ConocoPhillips is one of the companies, under the direction of the trade association Norwegian Oil and Gas, that supports development of a new permanent oil exhibit at the Norwegian Museum of Science and Technology. We have also cooperated with the museum on a temporary exhibit.

Arctic Frontiers in Tromsø has established itself as a very important meeting-place for discussions on geopolitical and scientific issues related to the Arctic. The substantial international interest, which has grown to number more than 1000 participants from around 30 countries, is proof of Arctic Frontiers’ breakthrough into high-level politics. Two days are set aside for political input and discussions, while the final three days are set aside for international and national research in the areas of environment, climate and indigenous populations. The conference takes place every year in late January.

ConocoPhillips was one of the initiators of Arctic Frontiers and has been an active partner and main sponsor since the beginning in 2007.

A substantial part of ConocoPhillips’ global production takes place in areas north of the Arctic Circle, and the company’s experience with Arctic operations goes back to 1965.

ConocoPhillips has a substantial portfolio of research projects linked to the Arctic. Arctic approach provides a brief summary of many of these projects.

The Arctic Marine Laboratory in Ny-Ålesund on Svalbard is an international scientific research station offering facilities for a wide range of Arctic research projects. Research carried out at the facility includes challenges related to ice movement, ocean currents, wind direction and other factors that affect operations and environmental considerations in Arctic areas.

ConocoPhillips contributed to financing the laboratory, which opened in 2005.

ConocoPhillips has also been a contributor and supporter in connection with rehabilitating the Roald Amundsen villa in Ny-Ålesund. The villa was built in 1918 and is the only art nouveau house in Ny-Ålesund. Roald Amundsen and his expedition team used the villa in 1925-1926. At the request of the Directorate for Cultural Heritage and Kings Bay, who is the owner, the villa has now been returned to the way it was in Amundsen’s days.

The University Center in Svalbard (UNIS) is the world’s northernmost educational institution, located in Longyearbyen at 78 degrees north. UNIS was established in 1993 to offer university-level programs in Arctic studies, conduct research and establish Svalbard as an international research center. ConocoPhillips has collaborated with UNIS through a number of research projects and helped consolidate UNIS’ position.

Other Types of Cooperation

ConocoPhillips has for a number of years been engaged in a partnership with Sandnes Upper Secondary School (Sandnes videregående skole). The objective is to provide science students with insight into working life and business, and to provide a better foundation for realistic occupational and educational choices. As part of this programme, the students visit ConocoPhillips where they learn how the company’s geo-personnel work, which tools they use, etc. The students can also meet new graduates and hear about the choices they have made in terms of education, as well as their experiences.